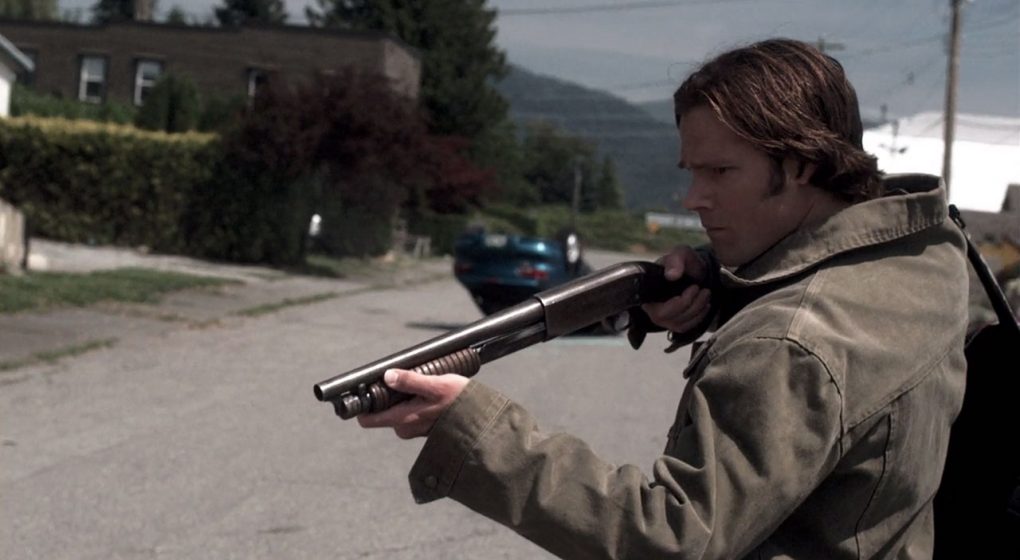 The younger Winchester brother keeps his accessories pretty light, even lighter than Dean. Sam will sometimes wear a bracelet, sometimes not, but always seems to be wearing a watch. Like Dean, Sam doesn’t just have one watch he wears throughout the entire show. However, there are a few watches that show up quite a bit.

It seems like all of Dean’s watches are rugged/military style. Sam has some watches like that, but he also wears some nicer watches too.

As far as I know, the Suunto Vector is his most well-known watch, but that could just be because I’m biased towards the first five seasons.

The Nixon Player watch is a great example of a nicer style watch that Sam wears. You can see the contrast between all of Dean’s watches (they’re pretty much all black) and this nice silver one.

​If you don’t want to spend that much, you can find cheaper alternatives. It won’t be exactly the same of course, but close enough in style and look. A search on Amazon shows t﻿his Guess stainless steel watch. Like I said, not exactly the same, but the style and colors match. I’m 99% sure Sam wears more than just one bracelet, but this was the only screen capture I could find.

I have no idea what the brand is, and it’s not really talked about that much. So you could go with pretty much anything here. Any generic, thin black wrist band/bracelet would do.

With a quick search on Amazon I came up with this, which is actually pretty nice (and still cheap) for just a black bracelet - Konov brown leather bracelet.

​I know it’s a light list, but from all of my research, these were the only few things ever mentioned. If you know of anything else, or just have a question/comment, please let me know down below. ​Of course Sam uses a ton of firearms throughout Supernatural.  Thanks to IMFDB, all of the guns have been ID'd.

Sam's most used pistol is his Taurus PT92AFS​.  There is an equivalent airsoft Taurus pistol on Amazon, but it's black as opposed to Sam's silver with pearl grips.

Sam also uses the Smith & Wesson 5906 pistol a few times, which is a bit more generic looking pistol over the Taurus PT92​AFS.  I think this BBTac airsoft pistol looks a lot like the Smith & Wesson, and even close to Sam's Taurus, just not as big.

The final firearm that Sam uses quite a bit is his Ithaca 37 sawed off shotgun.  There are a lot of airsoft options to choose from​.  I really like this BBTac pump action airsoft, but the grips aren't brown/wood like they are on Sam's.

This sawed off airsoft shotgun looks pretty similar to Sam's too.  The color scheme is a lot closer to the real thing, but the shape is just a bit different.​