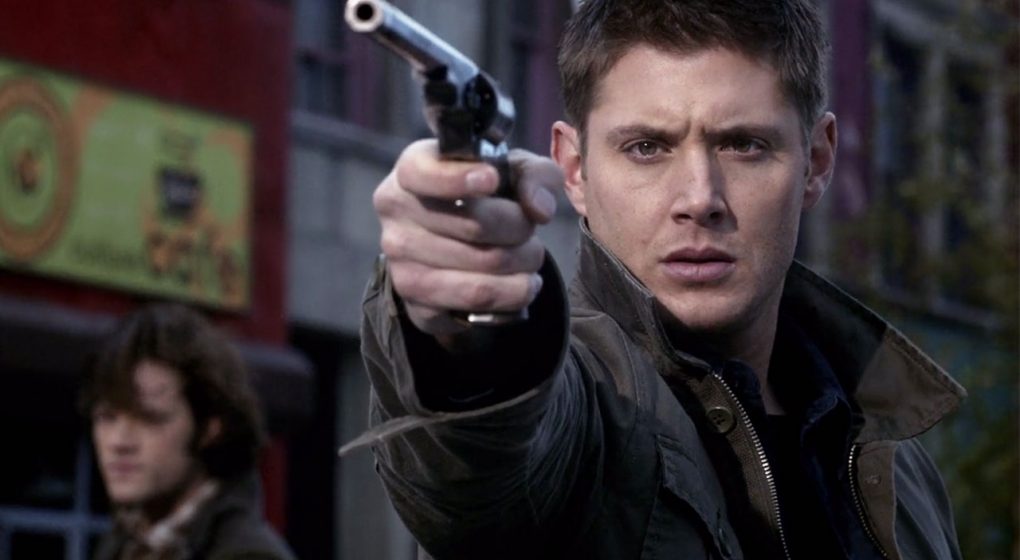 I’m going to try to go over the jackets he uses the most in Supernatural. 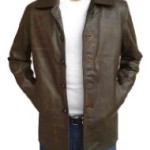 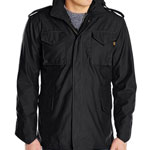 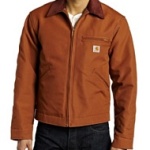 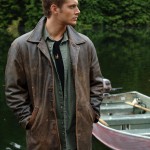 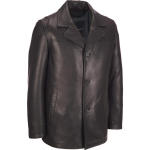 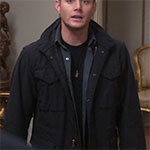 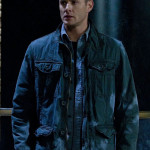 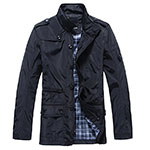 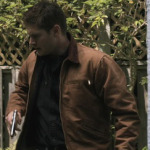 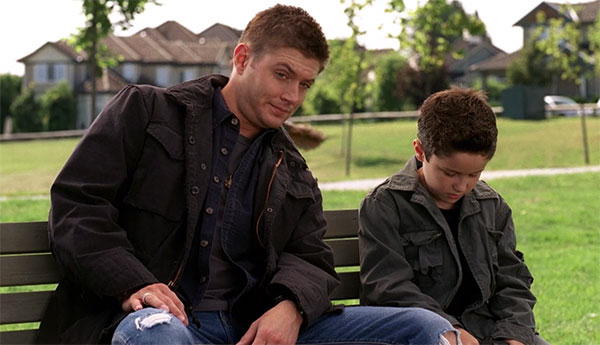 He wears this jacket a lot in the show. I would have to say this Dean Winchester jacket is his second most recognizable one, and the first is his leather jacket.

I actually bought this jacket, and I get compliments on it all the time. Apparently its made in a slim-fit version now. When I bought mine, it was the standard military sizing, which means it was made baggy enough to fit a whole lot of layers underneath.

If you do go with the non-slim fit version of the M-65, be careful on what size you get, they run really big. To give you a reference, I usually wear a medium (in both jackets and shirts). I bought this jacket (again, the non-slim version) in a size small, and it was still a bit too big until after the first wash/dry. It fits perfectly now, but just be aware of the sizing before you automatically choose your normal size.

Alpha Industries is the same brand jacket that Dean wears, although in almost every episode he has a slightly modified version. 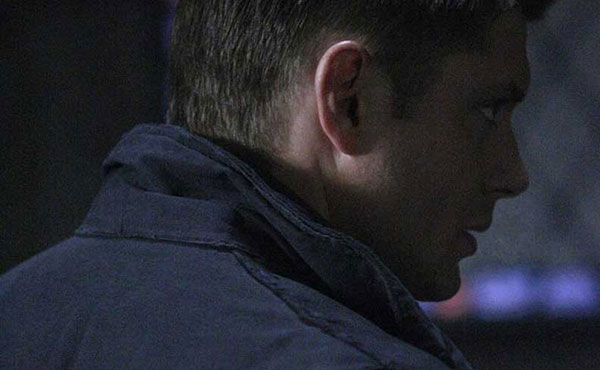 The costume designers removed the epaulets and also cut out the hood. The zipper on the back of the collar (used to store the hood when you don’t need it) was stitched over with a piece of black cloth.

I removed the epaulets from my M-65 field jacket too, but left the hood alone. Keep in mind, if you do plan on removing the epaulets yourself, make sure that you’re doing it by removing the stitching. Don’t just cut or tear the whole thing off. You don’t want the seams on your nice new jacket to start coming apart.

The exact name of this jacket is the Gap Commander Slub Twill jacket, style number #405575. Unfortunately they don’t make this exact jacket anymore. I was lucky enough to find one on Ebay. I just searched for “Gap military jacket” and refined it to men’s clothing only. It took a while (a couple of months), but I finally found one.

If you don’t want to bother with Ebay, you can find something that looks almost identical. This ﻿JYG﻿ military jacket is one of the jackets I was thinking about buying before I found the Gap jacket.

The Commander Slub is definitely one of Dean Winchester’s most popular/commonly used jackets. He starts wearing it at the beginning of season three, then continues to wear it throughout the seasons of Supernatural. And it’s not just one or two episodes, he sports it in quite a few episodes in seasons three through the last season. 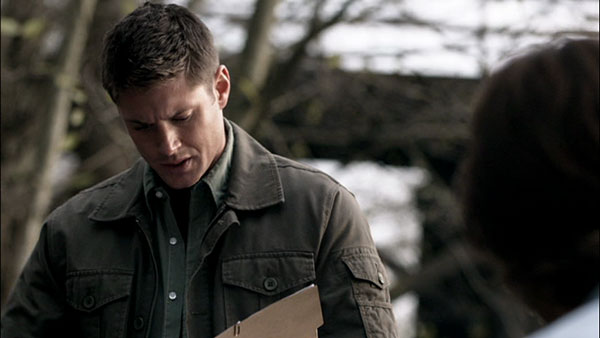 This jacket is made by Gap too. As with most of the actual clothing used on Supernatural, you won’t find this one new in stores.

Just like the other Gap Commander Slub jacket above, I found this Dean Winchester jacket on Ebay. It seems to be a lot more common than the Commander Slub, but it still took me over a month of searching Ebay (click here for Gap military jacket search results on Ebay) almost every single day to find one.

Just as a side note, Dean does have a blue version of this military jacket too. So if you happen to find one in blue instead of green, you’re still screen accurate.

Like Dean’s M-65, the epaulets have been removed from this jacket (I removed mine as well). And just like the M-65, if you remove them, do it properly (cut the stitching holding the epaulet to the shoulder), or you could just take it to a tailor and pay to have it done.

Fortunately you can find quite a few similar jackets. I came across this Match Men's military jacket. I haven’t personally bought it, but I started to get the feeling that a guy should really only have so many jackets…Unless you’re Dean Winchester, of course. 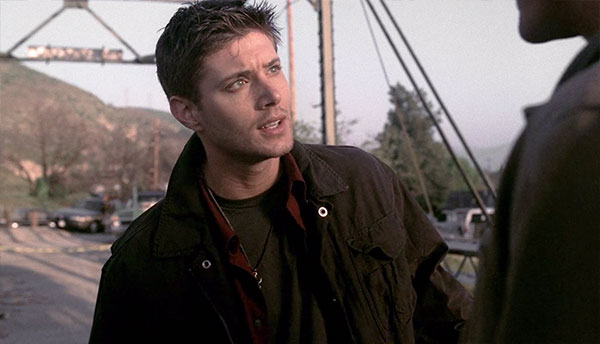 This jacket is actually made by Old Navy, and it was only used in about half of the pilot episode. When Dean jumps off the bridge, he’s wearing this jacket, but when he gets back out of the water, he’s wearing an entirely different jacket.

With a lot of this clothing from Supernatural, the only reason we don’t know for sure is because you can’t see the brands of the clothing on the show. But if you happen to own the same exact piece of clothing, you’d be able to tell.

Anyway, this Tru-Spec jacket looks pretty close. Just like with any of these clothes that aren’t made any more, don’t forget you can always search through Ebay. Instead of searching “Gap military jacket” like above, search for “Old Navy military jacket” (again, you can click the link and it’ll take you to the search result on Ebay). 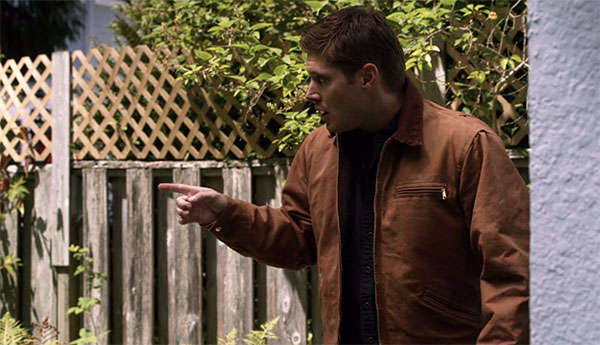 Although this jacket isn’t worn very often, I still feel like this Dean Winchester jacket is worth mentioning because of the episodes it does show up in. Dean only wears this jacket in episodes one and two of season six.

This is when Dean is still living with Ben and Lisa after Sam is thrown into the cage with Michael and Lucifer. The style of this jacket is a lot different than most jackets Dean wears, and he even has his hair parted to one side (driving home the “domesticated Dean” look).

Where most of his jackets have some sort of military style, this Carhartt is clean, has normal pockets (most of his jackets have flaps over the pockets), and no epaulets (the shoulder things). The combination of Dean living with Ben and Lisa, not hunting, and just looking “normal” all contribute to this jacket’s significance. At least in my opinion.

Amazon sells this jacket, it’s the Carhartt Men’s Duck Detroit jacket. The only modification I could tell that was done to this particular jacket is the removal of the Carhartt logo underneath the left chest pocket.

Both of the brothers in Supernatural wear quite a few different jackets. Dean’s almost always seem to have some military styling though, but that’s to be expected. His father is an ex-marine.

hey I’m looking for the Dakota Fleece Lined Duck Jac Shirt Black weared by dean but I can’t find it anywhere online anyone know where to buy it?

Hey Dario, which season and episode is it from? Or do you have any pictures you could show of it?