How to Dress Like Sam Winchester (Supernatural) | TV Style Guide 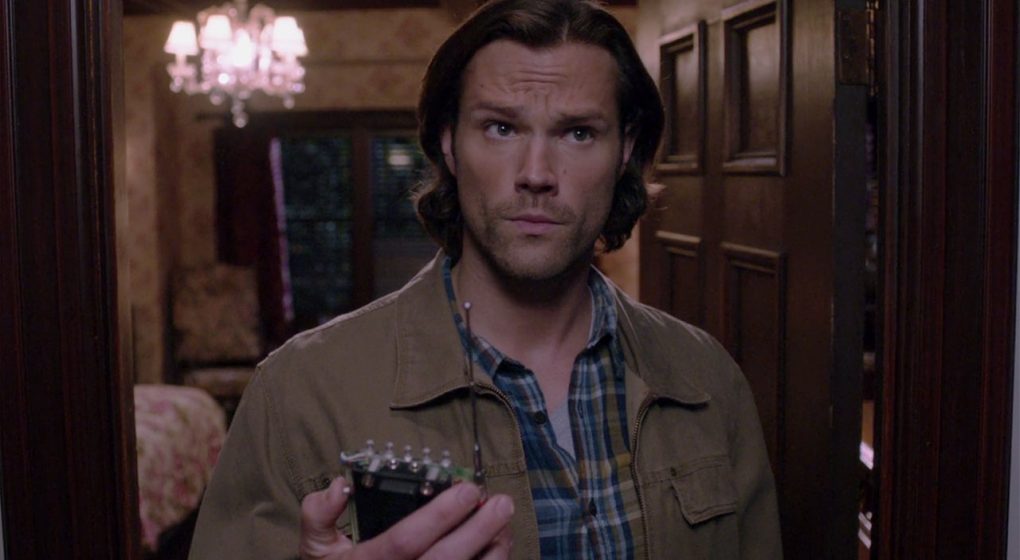 Although I personally have never dressed up as Sam Winchester, I came across quite a few different articles on his clothing style. Whether you’re interested in their style for cosplay, a Halloween costume, or just because Sam and Dean dress awesome, read on. 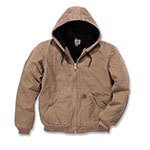 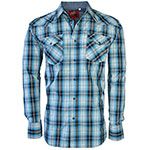 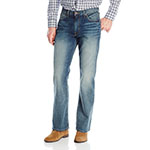 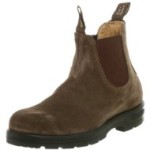 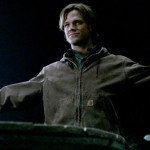 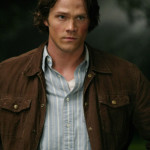 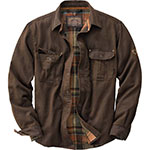 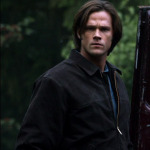 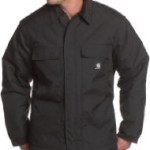 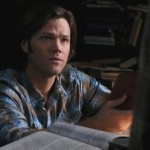 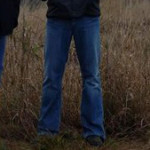 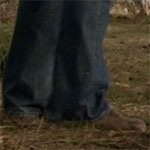 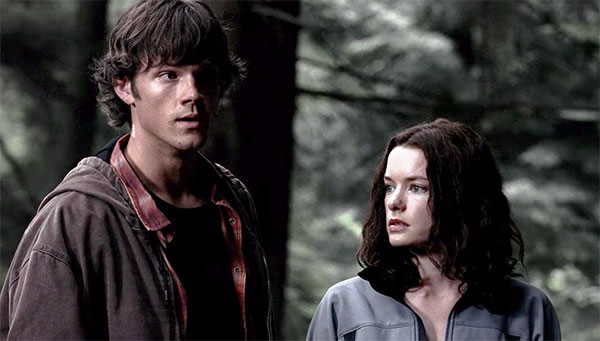 Although Dean is known for wearing quite a few different jackets, his most famous has to be his leather jacket. Sam on the other hand doesn’t seem to have any one jacket he is known for. But with all the research I did, I found quite a few that are either exactly the same, or very similar.

If any of Sam’s outerwear is recognizable, I would say the hooded Carhartt jacket he wears is up there. He starts wearing it really early on, and doesn’t stop until at least season six. I can see why, Carhartt products are well made and made to last (from my own personal experience).

Sam’s style of outerwear changes throughout the show, but some other recognizable ones would definitely be the brown jackets, one suede, one corduroy. He starts wearing these jackets when he begins wearing those long sleeve plaid snap-up shirts.

Where to Buy the Jackets

This Carhartt ﻿J﻿130 jacket in ﻿frontier ﻿brown looks just like the one he wears on the show. Sam also owns another jacket that seems pretty popular on the show. It doesn’t look quite as warm, and it lacks a hood. This Carhartt Men’s Extremes Arctic-Quilt coat is a pretty good match.​

If you haven’t caught on yet, the brothers tend to wear a lot of Carhartt clothing.

Sam also wears a few different hoodies, but not for very long. After season two you’ll rarely see either of the brothers wearing one. But if that’s the look you want to go for, this Hanes hoodie looks pretty close to Sam’s charcoal hoodie.​

​As for the brown suede and corduroy jackets, I don’t think anyone knows what brand and style they are. Most likely, just like Dean’s jackets, they aren’t made anymore and you’d have to scour E-bay.

But, after searching through Amazon.com, I’ve found a couple very similar looking jackets. This﻿ H2H suede jumper looks a lot like the brown jackets Sam wears.  And t﻿﻿hi﻿﻿s Legendary Whitetails jacket is another really good match. 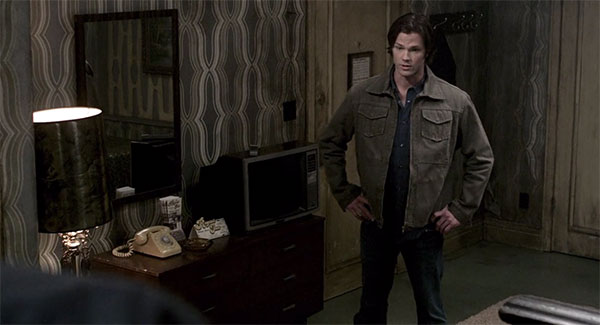 The brothers wear similar, if not the exact same types of jeans on the show. So any jeans you find on my dressing like Dean page would work here. But I’ll show you a few examples.

These Diesel Larkee straight leg jeans are probably some of the best jeans to look like a Winchester, but really anything that looks similar to those will do.

​Their style in Supernatural for jeans is basically slightly destroyed, slim fitting (but not too tight!), and usually with Dean he wears bootcut style (though in the past few seasons he seems to have switched to straight leg).

Where Dean usually wears some type of Dickies or Carhartt button up work shirt in a solid color, Sam tends to wear a bit nicer looking snap up shirts in plaid.

Obviously Sam wears a lot of different colored plaid shirts, so choose whichever color you like. Or if you’re going for a look specific to an episode, this snap up long sleeve looks a lot like one Sam would wear. 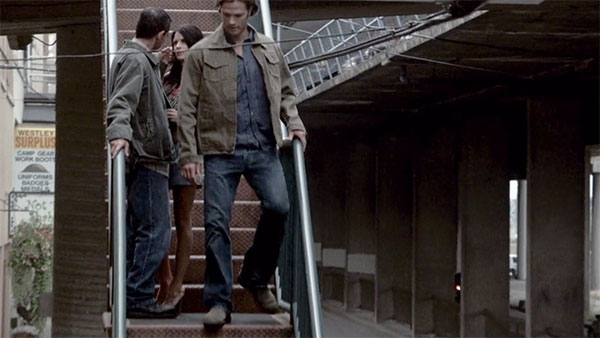 Just like Sam’s jackets, his shoes/boots change quite often throughout the show. He wears Chuck Taylor type tennis shoes, a generic looking pair of black shoes, and a pair of slip on boots.

Where to Purchase Sam Winchester's Boots

I think the boots that most look like Sam’s would have to be these Blundstone 550 ﻿slip on boots. They look exactly like his boots to me, and they’re the boots I envision when I think of “Sam’s shoes”.

And since we know that Castiel’s boots are Blundstones, it makes even more sense that Sam’s boots would be Blundstones too.​

Hi there! I saw you mentioned the brand to where to buy Sam’s brown corduroy jacket. I went to their website, and they didn’t carry anything remotely like it. The jacket is my personal favorite, so anywhere else I can purchase it?

I noticed a couple of weeks ago that the brown corduroy jacket I have linked on Amazon has been out of stock, and I’ve been trying to find another one, but haven’t found one yet. I’m keeping the link up (for now) hoping that it comes back in stock.

So I guess the short answer to your question is no, I’m not sure where else you could purchase one, but keep in mind, that jacket I link to isn’t the exact jacket that Sam wore, I just thought it was a pretty good match for the style.

Hey, I know you said previously that you had trouble finding Sam’s charcoal hoodie, if by chance you come across this hoodie I would love to know. Thanks.

Hi Emma, I don’t know exactly what brand it is, but I do think this Hanes hoodie (http://www.amazon.com/Hanes-Pullover-Ultimate-Charcoal-Heather/dp/B00JUMF7OI/ref=sr_1_3?s=apparel&ie=UTF8&qid=1439248478&sr=1-3&keywords=hanes+charcoal+hoodie) looks pretty close.

Hey Allen! Love the info and all the research you have done, this is amazing! I am actually looking for an article of Season 10 clothing. I’m hoping to locate the corduroy shirt Sam wears at the end of the Season 10 finale. This screen cap give you a pretty good idea of the style: http://www.kissthemgoodbye.net/supernatural/displayimage.php?album=40&pid=64711#top_display_media

I’ve found some close ones, but nothing exact as yet. Ideas on where to look? Many thanks!!!

As for that picture, I assume you mean the jacket and not the shirt? I’m pretty sure I remember reading somewhere that that jacket is out of production, but I can’t remember what the brand was. I looked around online, but like you, only came up with a lot of *close* stuff, but nothing even close to exact.
Sorry :/

This has helped me so much. Thank you

hey i just wanted to help out anyone who wants some help… i found these jackets that look a whole lot like sam…
first comparing to the hoodie first on your above list, i have these
http://www.carhartt.com/products/carhartt-men-outerwear/Sandstone-Active-Jac-Quilted-Flannel-Lined-J130?selectedAttribute=7000000000000000005_7000000000000000205

Hey Jarpad, thanks for the info/links, I appreciate that. I may add some (or all) of these to the article too.

Anyone know where I can get the Legendary Whitetails Jacket in the UK?

I was just wondering about his watches? I would love to have one of those!