How to Dress Like Castiel (Supernatural) | TV Style Guide 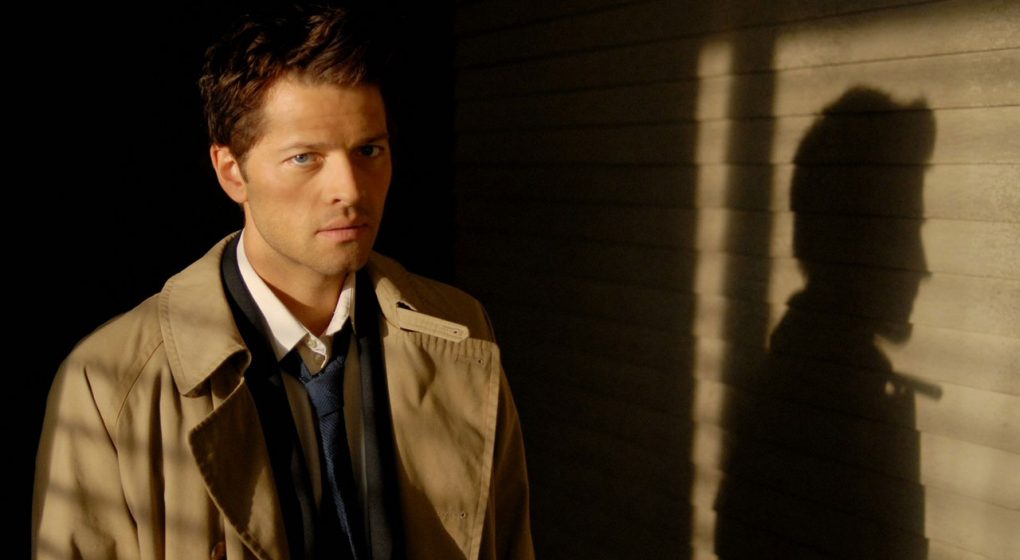 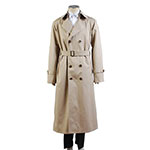 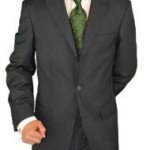 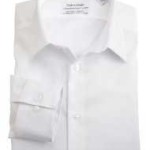 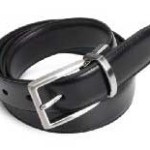 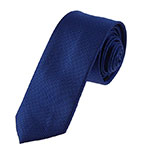 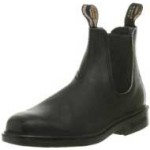 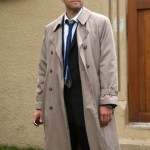 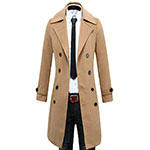 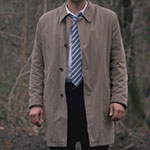 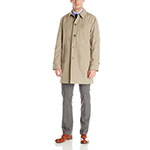 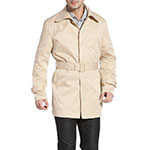 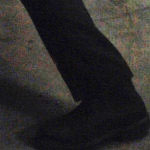 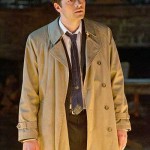 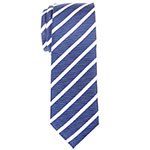 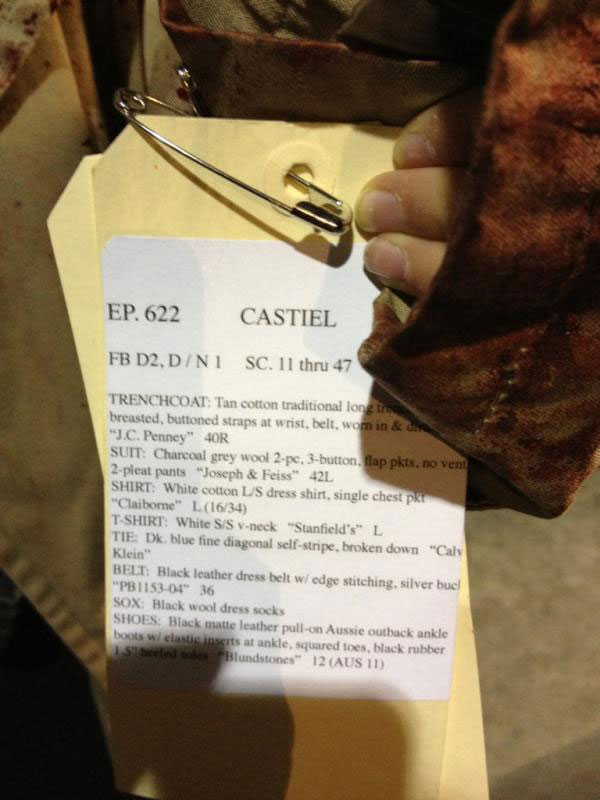 Luckily for me (and everyone else who’s interested in what clothes Cas wears), one of the costume designers from Supernatural tweeted out a picture of Castiel’s wardrobe tag from season six, episode 22.

Castiel’s original trench coat was made by Stafford and sold by JC Penney.

Don’t get your hopes too high though, just like with a lot of Sam and Dean’s clothes, Cas’ trench coat isn’t sold anymore.

You've still got a few options though:

Interested in the last option? I found two trench coats on Amazon that look pretty close I think.

This classic trench coat is probably the safest one to buy, it looks the closest to Castiel’s out of the two I found.

If you’re not too worried about being as screen accurate as possible, I really like this modern-looking full-length trench coat. 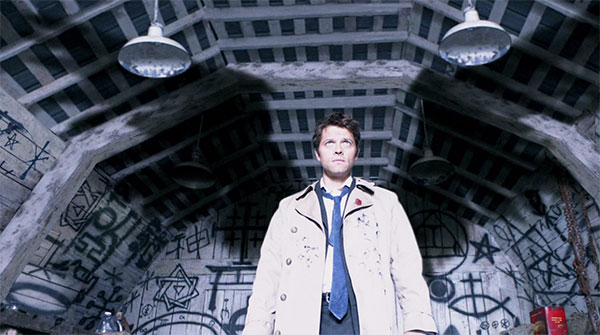 In case you didn’t read the wardrobe tag up above, Castiel’s suit is a charcoal gray two piece with a three button jacket. As usual, the exact suit isn’t sold anymore. But thankfully you hardly ever see Cas just wearing the suit (without his trench coat), so you can get away with a lot here.

Personally, I’d probably go to a local brick and mortar store like JC Penney to find and try on a suit for a Castiel costume. But if you’re comfortable buying it online and know your measurements, Amazon has an awesome selection.

My personal favorite after doing some searching is this charcoal gray, three button, two piece suit. If that’s not your taste, I’m sure you can find something on Amazon’s site, that was just the suit I liked the most.

These black Blundstone slip on boots are still sold on Amazon. The wardrobe tag doesn’t give the exact model of Blundstones that he wears, but just by comparing screen captures with these boots, they look identical to me.

The wardrobe tag’s description of Castiel’s boots and the look and description of the Amazon page for these boots also seem identical, so it’s a safe bet they’re the same exact boots.

If you don’t already own a black dress belt with a silver buckle, th﻿is Nautica dress belt would fit perfectly (and it’s reversible too!).

I’m not sure if Cas’ exact tie and dress shirt are still made, but this dark blue tie ﻿by Dan Smith is pretty close to the same one he wears. And this dress shirt from Calvin Klein would work well too. 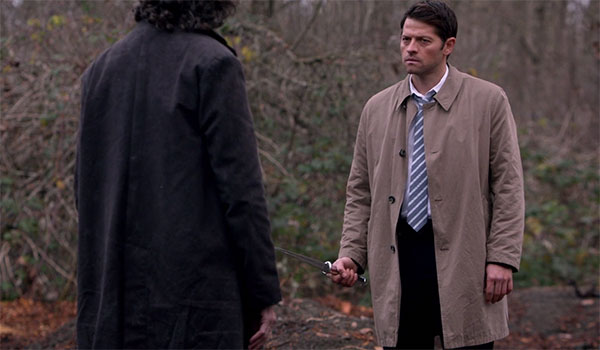 Unlike his original clothing, I wasn’t able to find anything official about what brand his new clothes are. As far as his suit goes, you can go with the same one I recommended befor﻿e, but just go with black instead.

If you find a better match, please share it with everyone in the comments below.

Even with all of the details about Cas’ costume, it’s still difficult (and sometimes impossible) to find the exact clothing worn on Supernatural.

To be completely honest, I was a bit disappointed I wasn’t able to find more trench coats that matched Castiel’s…but at least we got exact matches on his shoes.

Yeah, that trench coat looks like it would make a pretty awesome Cas cosplay. I feel like I’ve seen similar (maybe the same?) jackets on female Cas cosplays on Pinterest.

I think I found out what coat Misha wears on Supernatural. A Hugo Boss trench coat. It’s a modern, hip-length coat with 4 buttons. And no sleeve cuff things like his first coat had. They’re a little pricy on eBay, but they are on there for anyone who has deep pockets.

Not sure if anyone’s still interested, but RiverIsland has what appears to be an excellent coat for Castiels earlier appearances – It’s actually full length which can be harder to find in a new retail-bought coat these days. You have to ignore the epaulettes though.
http://www.riverisland.com/men/coats–jackets/macs–trench-coats/stone-longline-mac-295124

Do you think you could do a guide on how to dress like Gabriel? If you can, thanks.

Hi Ashley, thanks for the request. I’ve never thought about a guide on Gabriel, but I would love to do one 🙂

In a month or two I’m planning on revamping the site, updating articles, and adding new articles. Crowley was the big one I was planning on doing since he gets requested a lot, but I’m definitely adding Gabriel to the list, he’s one of my favorite characters.

Does anyone know of any similar looking, but more reasonably priced boots?

I can’t comment on the quality, but they look fairly similar to the Blundstone boots.

Hey guys, not sure if this will be helpful as many of you seem to be searching for affordable options, but Castiel’s new shorter length coat is from Burberry. You can tell because of the distinctive pattern on the inside of the collar. Speaking from experience, Burberry coats are a bit pricy but they last for years, wear and wash well and are excellent quality. Hope this is helpful!

Castiel’s tie in the earlier seasons is a navy blue cord stripe by Calvin Klein. His tie is backwards in most shots, there is one particular scene from season 7 I believe where he is extremely well lit and standing still. You can very clearly see the lining of his tie reads “Calvin Klein”. The /exact/ same one with the olive lining is no longer in season (it’s black now) but the actual design of the tie is still the same. It’s about $14 on their website. Hope this helps!