How to Dress Like The Arrow (Arrow) | TV Style Guide 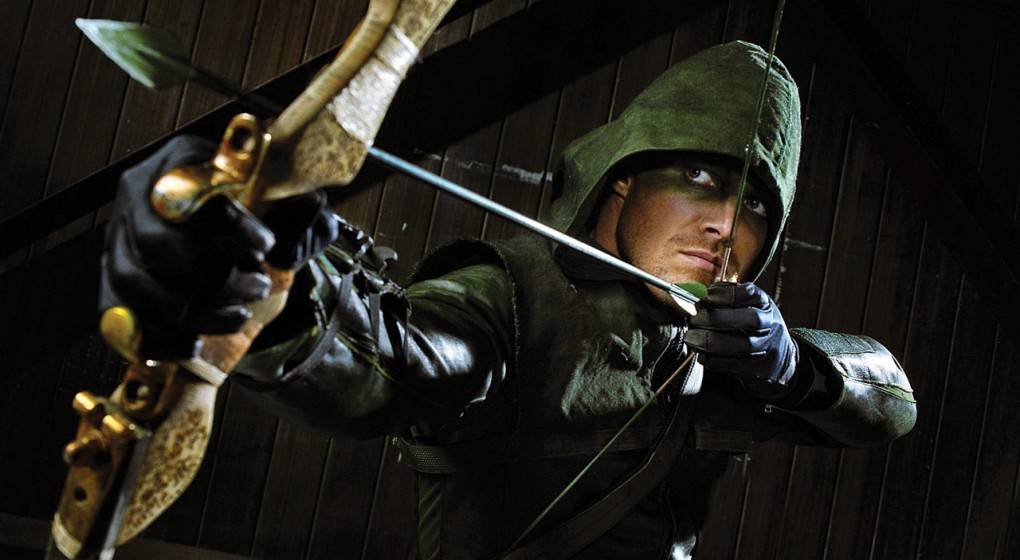 Oliver Queen's "Arrow" costume doesn't change a whole lot throughout the first three seasons.  When we see flashbacks of him on Lian Yu (the island), he wears the beginnings of his costume, but it's really just the hood and bow.

Once Oliver gets back to Starling City and civilization, he adds the green leather jacket, leather pants, and different shoes.

You can always buy a full costume like this, but I feel like those aren't as high of quality as custom, pieced-together costumes.  Of course the quality of the costume usually depends on what it's being used for - parties, cosplay conventions, etc.

Plus, the thing I really love about writing these articles and buying the clothing is that you can incorporate that clothing into your own style.  When you buy a fully made, mass-produced costume, the pieces tend to not look as good on their own. 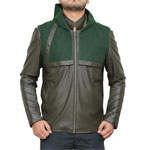 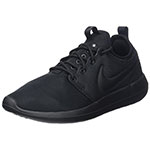 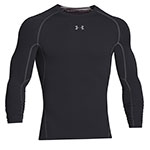 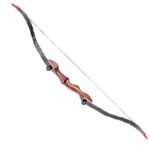 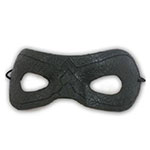 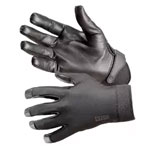 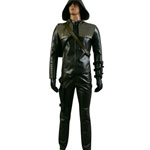 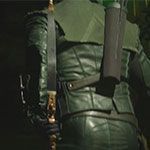 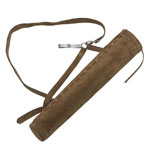 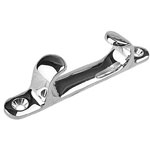 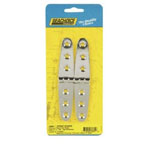 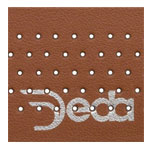 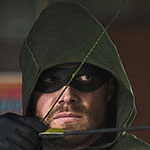 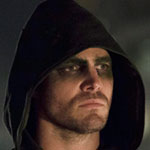 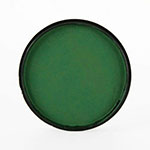 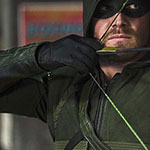 The Arrow's Under Armour Compression Undershirt 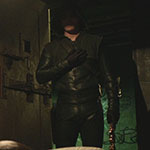 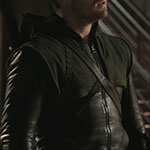 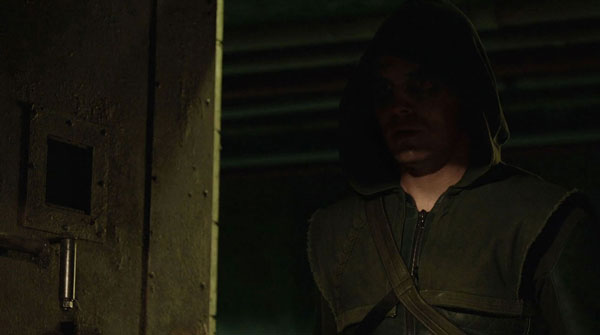 The jacket and hood that Oliver wears as The Arrow is a custom piece.  I originally assumed it would've been a name brand jacket that the costume department just put a hood on.  Apparently that's not the case, but I did of course find some pretty good replicas.

If you're really into doing your own custom costume, then I'd suggest checking out Ebay and looking for a green leather jacket.  A good suggestion I read somewhere was to rub shoe polish on the jacket if the shade of green is too light.

If you'd rather buy something that's already made, my favorite replica is this replica Arrow jacket.  The hood is detachable, which (along with it looking really good) is why I like it so much.  It's a very dark green (as it should be), so I feel like it can still look good as a normal jacket.

It may not look like it, but Oliver does wear a shirt under his Arrow jacket.  The exact brand is Under Armour, but the exact model of the shirt isn't carried anymore.  But this is really more of a comfort thing when wearing the jacket, as I imagine it would get pretty sweaty and uncomfortable without it.

Since the exact Under Armour compression shirt isn't available anymore, I'd just go with the next closest thing by Under Armour, and this one would do nicely.

I feel like I searched pretty thoroughly, but I wasn't able to find what kind of leather pants Oliver wears with his Arrow costume.  Usually this just means that the clothing was custom made by the show's costume department.

If you don't mind waiting and searching, and you want the pants to be as close as possible, then I'd suggest searching Ebay for green leather pants.

Outside of Ebay, I wasn't able to find any quality looking green leather pants, so my next suggestion would be to buy either a pair of black leather pants like these, or to just go for green "work pants", like these.

My last suggestion for pants are these green hiking pants.  They're a mixture of dark green and black - they look pretty good, and I doubt you'd want/need to customize them. 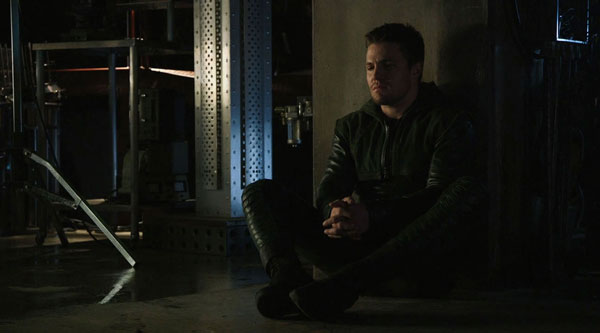 It's relatively common knowledge now, but Oliver Queen's Arrow boots are actually Nike Free Run 2 shoes, modified by attaching the tops of combat boots to the top of the Nikes.  This actually makes a lot of practical sense, since The Arrow is generally running around a lot and running across rooftops.

If you want to buy the Nikes, you can check them out here.  You'll want the all-black ones (the screen accurate ones are black with anthracite soles, but those aren't available anymore).  A quick update on this - the Nike Free Run 2.0 shoes (the screen accurate ones) don't seem to be available anymore.  I searched around, and I think these Nike Roshe 2.0 shoes look pretty good.

If you don't plan on going for the screen accurate shoes (since you'd have to modify them yourself), you can easily get away with getting some lace-up combat boots.  This would be much easier, and in my opinion, wouldn't really detract from the costume overall.

These combat boots by Polar Fox would work great, and they're relatively cheap, too.  I also like these tactical boots by Maelstrom, I think they have more of an athletic look over normal combat boots. 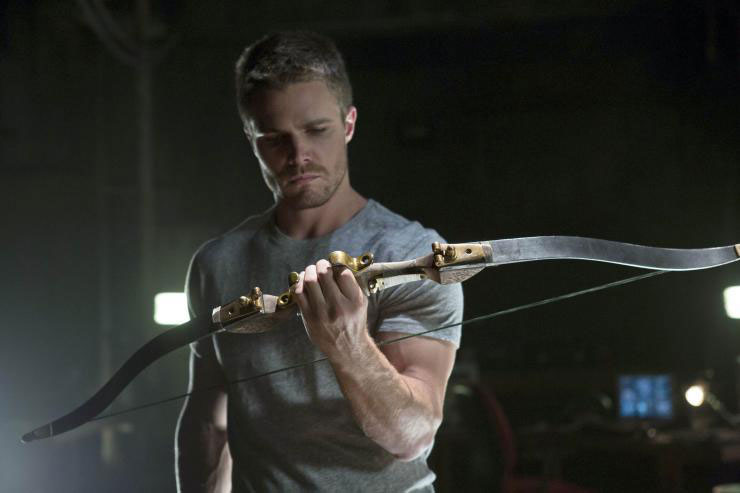 The base of the bow Oliver uses throughout season 1 is a Ragim Jr. 48", 24lb draw bow.  It's not extremely cheap, but for something screen accurate, that's not too bad.

You could easily just stick with this bow how it is, but if you want to be screen accurate (thanks to pinder91 at The RPF), you'll need to purchase a few more things:

That's basically all there is to it.  You could also do some sanding here and there if you want to add some extra wear and tear to the bow.

In season 2, Oliver is presented with a new bow, since he broke his first one at the end of the first season.

The season 2 bow is definitely a lot nicer, but it's also a lot more expensive too (around $1,400).  It's a C.P. Oneida Kestrel, and if you want one, you'll probably have to find a local dealer.  I looked around online, but didn't see any official stores selling the bow.

If you're not too concerned with screen accuracy, and you're worried about safety or price, then you can always just get a bow meant for costumes.

Costume/toy bows obviously are going to be a lot cheaper, and you won't be able to hurt anyone with them.  This wooden bow set would work pretty well, it still looks relatively realistic, but is still obviously not real.

You could also go with the real toy deal and get this suction cup bow and arrow set.  It would definitely make for more fun at parties or an event.

The quiver Oliver uses on the show is another custom made piece, it's hard plastic with leather on the outside.

Whether you plan to customize your quiver or not, I'd at least try to get something that looks close to start with.  This quiver by Neet Archery would work great, it's an older fashioned style made of leather, and would make a great base if you wanted to modify it further.

Lastly, this OMP Mountain Man suede quiver would look great too, it's also a dark leather. 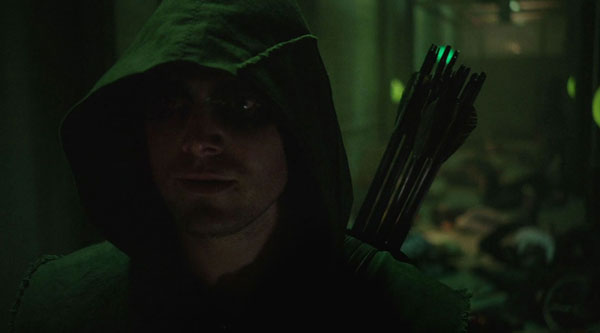 To finish off your Arrow costume, you'll need a few accessories.  Most of them are pretty easy to get, including the same exact gloves Stephen Amell wears as The Arrow.

While running around as The Arrow, Oliver Queen (of course) uses gloves.  Not only would they be important for keeping his fingerprints off of things, but constantly drawing his bow and punching people in the face would wear his bare hands down pretty quickly.

The exact gloves Oliver uses as The Arrow are 5.11 Taclite 2 gloves, which actually are made for archery.

Depending on which season/look of The Arrow costume you're going for will more or less determine which to get.  Or maybe you'd just rather not paint your face green.

Either way, if you're going for the earlier look (green face paint around your eyes), then I'd suggest this dark green face paint by Paradise.  It's got great reviews, which is something to really watch out for when it comes to painting your face.

My other mask suggestion is this fake leather mask.  If you're not as worried about how good the mask looks (and if you've got your hood up, it really won't matter too much anyway), or maybe you just want a cheaper option, this mask is the way to go.

I know at the beginning of this guide I said I didn't like mass-produced costumes, but for some people, that's all they really want/need.  And unless you're able to get most of the costume pieces used, buying the mass-produced one would be cheaper.

If you're looking for a fully made costume, then I'd suggest this one.  Like I said before, it may not be perfect (no mass-produced costumes are), but CosplaySky is relatively well known and have a good reputation.

It Makes a Good Custom Costume Base

This is another good reason to buy a pre-made costume.  If you want to do as little customization as possible yourself, and don't mind spending the extra money, you can buy the costume, and replace the parts you don't like with the pieces I mentioned earlier.

It's also nice for the back quiver, hip quiver, and left arm quiver.  Those pieces are all custom made by Arrow's costume department, so if you want those items, you'd have to create them yourself, or go with something like this costume.

Do you know what kind of crate Oliver uses to keep his bow in during season 1?

Hey Nick, as far as I’m aware, it’s a custom made crate. If you’re into DIY, I’d check out this thread on The RPF: http://www.therpf.com/showthread.php?t=232416
There are some good pics showing a lot of the detail. If you’re not familiar with The RPF and you’re into TV show and/or movie props, it’s a great forum for that. Lots of people really into the tiny details on things like this.